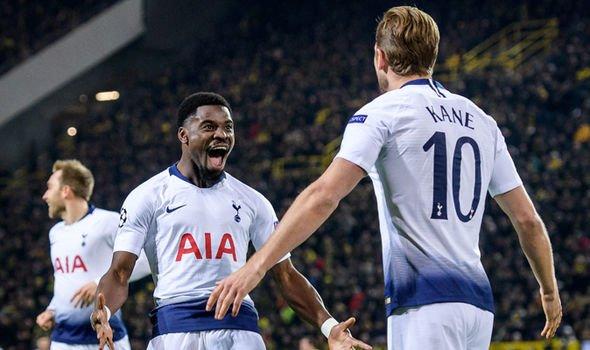 Spurs have their booked their place in the Quarterfinals of the Champions League after defeating Borussia Dortmund 1-0 at home to win the fixture 4-0 on aggregate.

Borussia Dortmund were on fire throughout the match and had a number of opportunities to make a remarkable comeback but heroics by Goalkeeper Lloris and an away goal in the second half by Harry Kane saw their dreams come to an end.

Dortmund had a massive 20 shots of which 7 were on target. Spurs keeper Lloris was busy throughout the night making important saves. The second half goal by Harry Kane saw him become the clubs leading goal scorer in European competitions.

Harry Kane with his strike against Borussia Dortmund scored his 24th goal in Europe which saw him become the clubs leading goalscorer in European football surpassing Jermain Defoe ( 23 goals). His goal against Dortmund was his 14th in the Champions League which saw him equal the legendary Ronaldo’s tally.

Spurs have reached the quarterfinals of the Champions League for the first time since the 2010/11 season.

At just 25 Harry Kane has a long way to go and if he remains at Spurs there will be more records being broken soon by the striker.