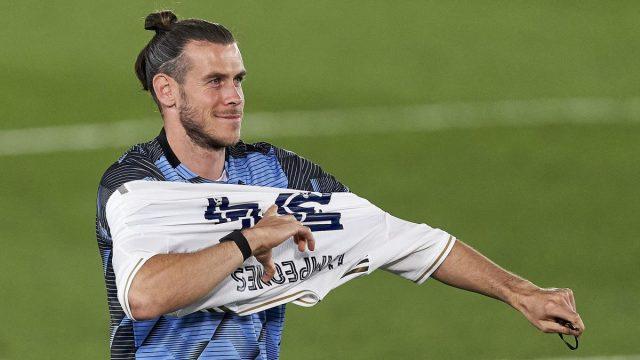 According to Italian journalist Fabrizio Romano, Gareth Bale to Tottenham is now complete with an official announcement pending.

The Welsh winger will be back in a Tottenham shirt for 2020-21 season, flying to London for a medical check tomorrow.

Spurs’s head coach Jose Mourinho had his signal of approval a week back as the four-time Champions League winner will join the North London club on a year long loan deal with Tottenham paying £13m which includes a loan fee to Real Madrid and covering up a portion of Bale’s monstrous £600,000 per week. This will definitely bring strain on Tottenham wage structure with talisman Harry Kane being paid £200k weekly with next best paid player being record club signing Tanguy Ndombele taking home £180,000 per week.

Gareth Bale to Tottenham, here we go! Last details to be sorted about salary [shared with Real Madrid] and Gareth will fly tomorrow to London. He’ll complete medicals and join #THFC – one year loan. Mourinho approved the deal. Reguilon expected for tomorrow too [100% done]. ⚪️

Gareth Bale will once again play in the Premier League seven years after leaving the White Hart Lane for a world-record fee of £90m. When quizzed about a possible return for the two time Spanish champion Mourinho spoke with admiration for him saying,

‘I tried to sign him for Real Madrid which was not possible to do during my time there. But the president followed my instinct and my knowledge and the season I left he brought Gareth to the club. There is no secret on that. Even Gareth knows that. But I’m not going to speak about him anymore because he is a Real Madrid player.’