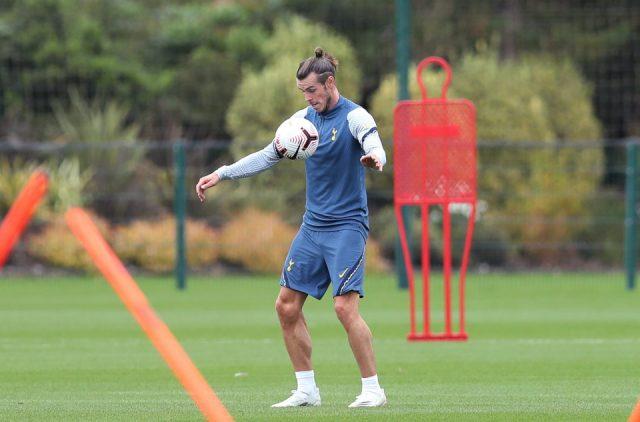 This is the moment that every Tottenham fan has been waiting for, to watch their star man Gareth Bale back in action.

Since the club’s announcement of Bale’s return to the North London club, fans have been desperate to get a glimpse of the 4-time Champions League winner. And fans were not left disappointed as the Welshman showed sparks of what he can do in the 2020-21 season.

Tottenham took to social media to show what Gareth Bale has been up to in training, with the wizard unleashing one of his trademark left-foot shots into the back of the net.

Due to injury concerns, Gareth is yet to make an appearance for the club and now that he is back in full fitness, he could feature in the weekend fixture against West Ham.

Before Gareth Bale secured his £85m world transfer move to Real Madrid, he lit the Premier League scoring 55 goals in 203 games at Spurs including 21 in his final season at White Hart Lane for which he was awarded the PFA Players’ Player of the Year, Young Player of the Year and the FWA Footballer of the Year Award from the Football Writers’ Association.

His agent Jonathan Barnett told Sky Sports in an interview, “[The main goal is] the Premier League, without a doubt. Spurs have a good squad, a great coach and with Gareth’s help I’m sure they will get very close. You only have to see the results to see that it’s open. It kills me to say that because I’m an Arsenal supporter but that’s the reality. He has nothing to prove to anybody, he has won more than anybody else. He was one of the best three or four players in the world and I still think he is. If he succeeds, great, if not, he’s been there and done it, but I think he will succeed.”