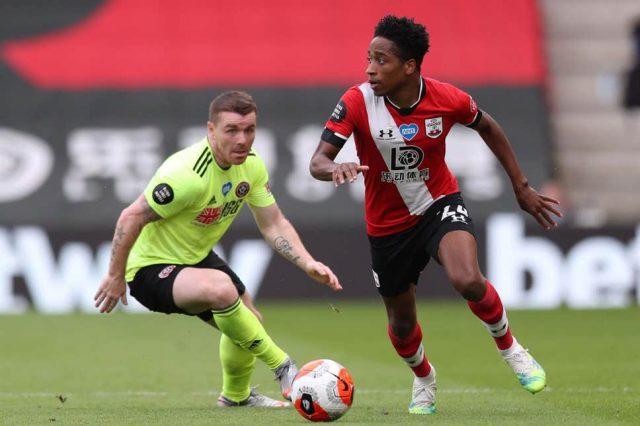 As per latest update from Standard Sport’s Dan Kilpatrick, it has been revealed that Fulham are bracing up to the idea of facing off with Southampton for the signature of Tottenham’s right back Kyle Walker-Peters.

This interest comes after the London club sealed their return to the Premier League on Tuesday, via a 2-1 win over rivals Brentford in the Championship play-off final.

The Cottagers had earlier missed out on the opportunity to sign Walker-Peters’ on loan during January transfer window, which saw the Saints winning the battle for his signature on a six-month loan deal.

Although, Sputhampton and Spurs are said to be close to agreeing a £12million fee for the right back, while Pierre-Emile Hojbjerg moves to the opposite direction in a well outlined separate deal worth around £15million.

Fulham’s manager Scott Parker and his assistant Matt Wells are Walker-Peters’ great admirers, having worked with the 23-year-old right back in Spurs’ academy and they are well aware of his potential and quality.

During his time with the youth team, he was also able to impress Tottenham’s former manager Pochettino while playing for the club’s U23 side. He had decent opportunities under Pochettino as he made nine appearances in the 2017-18 season and ten appearances the next season.

With Trippier leaving Spurs and Aurier being out of form, Walker-Peters was widely accepted as a regular starter for the team. But a hamstring injury hampered his progress massively. After coming back, his game time was reduced to just cup appearances.

His limited opportunity with the Spurs led him to consider a loan move to the Saints, so as to get the needed game time and get back into full fitness, which he has fortunately achieved playing at the St. Mary’s.

Getting back to form, Walker-Peters as shown that he’s an extremely talented modern-day full-back who offers versatility on the wings. He is technically gifted and has the experience of building up from the back. He offers a lot in the attack and combines well while going forward.

Walker-Peters could provide a much-needed width to the narrow formation while attacking. However, he doesn’t offer physicality but he’s fast and agile.

Though he had been criticised at times for not being defensively good but that has changed recently. He has grown to be more ruthless defensively. He has shown the capability to produce outstanding performances on the right side of the field.

The former England U21 international has enjoyed his time on the south coast and has managed to win the heart of the Saints fans coupled with numerous praises from the manager who has expressed his desire to see the right back being retained, rather than letting him return to his parent club.

But as it stands, the player could be tempted by the chance to stay in London and be reunited with his former youth team managers Scott Parker and Matt Wells towards next season, as he would be guaranteed more playing time with the Cottagers.