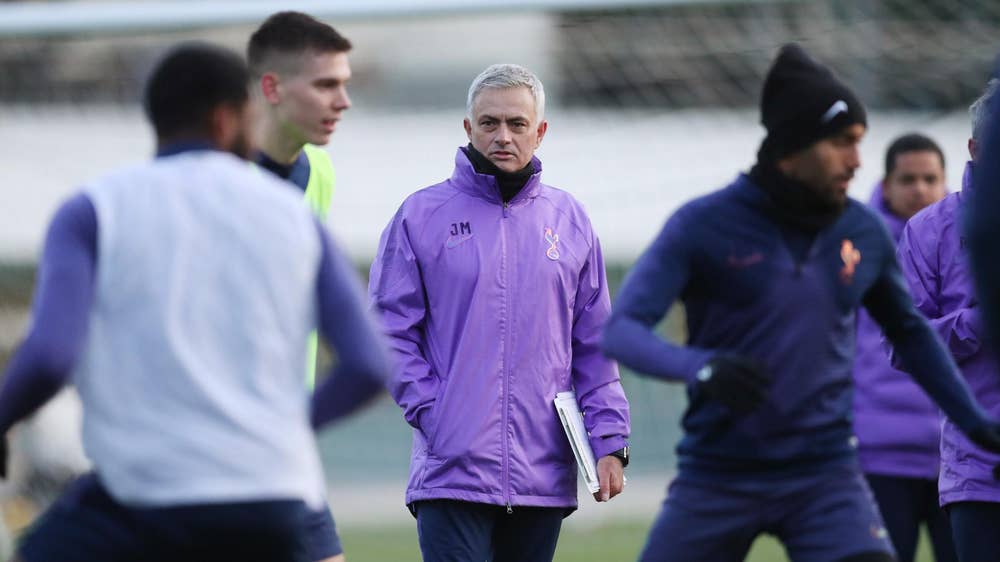 New managers tend to learn the most about the players they’ve inherited in the early part of their reign. That is very much the case with Jose Mourinho – recently arrived at Tottenham Hotspur. The Special One steered Spurs to wins at London rivals West Ham United and over Greek side Olympiacos in the Champions League in his first week. That does not tell the full story, however.

Results in football – victories in this particular case – can paper over cracks. West Ham were terrible. So poor in fact that Tottenham on Mourinho’s debut took a 3-0 lead before conceding twice later on. A final score of 3-2 to Spurs gave the impression of a much closer game than this Premier League encounter actually was. From firm command to hanging on and seeing out three points they were good value for. This continued into his second week in charge as the 3-2 victory over Bournemouth followed the exact same format.

The first real test of Mourinho’s management at Tottenham came against Olympiacos. This Greek side, infamous for their poor away record at English teams, found themselves 2-0 up inside 20 minutes. A sluggish Spurs were definitely not getting out of the blocks. Never one for ducking a big call, Mourinho changed things tactically before half-an-hour was gone.

Eric Dier is a player the Portuguese is said to have admired when he was Manchester United manager. He is ring rusty after injury, however, and the holding midfielder was sacrificed for Denmark playmaker Christian Eriksen, who wants to leave Tottenham, as they chased the game. This tactical tweak paid off. The way in which Spurs were gifted a route back into this European game through Dele Alli’s first-half stoppage time tap-in notwithstanding, more goals followed after the break.

Tottenham talisman Harry Kane eclipsed Italian and Juventus icon Alessandro Del Piero’s record as the quickest man to 20 Champions League goals with a second-half brace. A sweet Serge Aurier strike was sandwiched between the Spurs skipper’s efforts. They ran out 4-2 winners on a night that was nothing like the boring Mourinho sides his Chelsea and United teams were often accused of becoming. Daniel Levy has bought him to North London not just for his high managerial profile, but with the likely aim of ending that Tottenham trophy drought.

As current football betting on Spurs through bet365 shows, an FA Cup triumph represents Mourinho’s best chance of silverware this term at 17/2. A top four Premier League finish at 6/4 is another obvious domestic target, but in order to achieve either or both he has to get the defence tightened up. While Tottenham have really missed the presence of club captain and number one Hugo Lloris in goal, their defensive record even before his injury left a lot to be desired. As of the Bournemouth game, Spurs have kept just four clean sheets in 20 games across all competitions.

After conceding six across Mourinho’s first three games in charge, the positive is that Tottenham have scored 10 at the other end. However, he will want to make the team tough to beat and avoid getting into situations like against Olympiacos where Spurs had to come from behind to win. Having turned to Eriksen to achieve that, he may still have a short-term future in the first-team. More of the same in attack, but a meaner defence is the mantra from Mourinho’s first week at Tottenham.