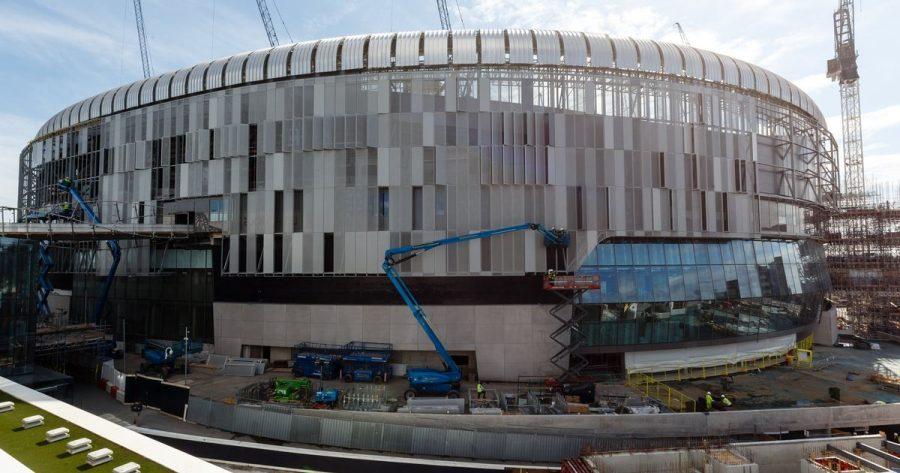 The club officially announced the name of their new stadium and i don’t think they really did put any effort to think about a name for it, so they ended up naming it – ‘Tottenham Hotspur Stadium’

As soon as the they announced the name people took dig at the club for choosing such a name.

Spurs released a statement earlier about the new brand identify.

“We are delighted to unveil our new stadium brand identity.” a statement read.

“As well as becoming a new, world-famous home for Tottenham Hotspur, our new stadium will also stage NFL matches, concerts and other major events, as we look to create an iconic global sports and entertainment destination in Tottenham.

“Our new stadium will currently be known as Tottenham Hotspur Stadium with the ‘A’ of the word ‘Stadium’ stylised to create an arrow pointing north, to represent our proud North London heritage.

Here are some reactions on the same.

The name Spurs haven given to their new stadium?

Wonder how long it took them to come up with that one… 😂😂😂 pic.twitter.com/TVqDgLQsop

Spurs used some real imagination to name their new stadium

What a boring name for a new stadium #Spurs

Absolutely delighted that after all this time, Spurs have finally come up with the fantastic new name “Tottenham Hotspur Stadium” for our new ground. Genius that. Genius.

Spurs new stadium name is about as exciting as their transfer window pic.twitter.com/pvrqflBcJg

They obviously spent a lot of time thinking about that one pic.twitter.com/dX3ZmtBAPA