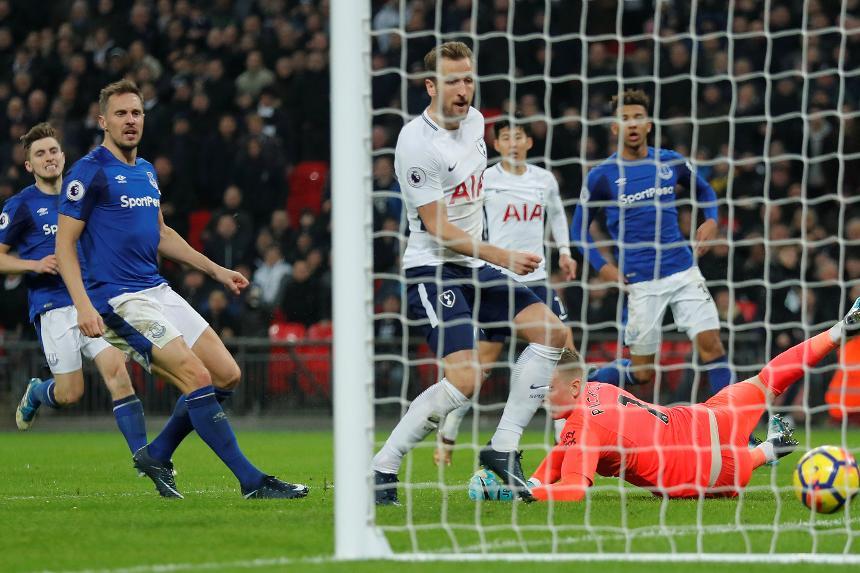 Facebook
Twitter
Pinterest
WhatsApp
ReddIt
After successfully defeating Arsenal to get their revenge and book their place in the EFL Semifinals Tottenham now take a trip to the Goodison park on match day 18.
Everton sit at the 8th place in the Table and are looking to secure their first win of the month while Tottenham look to put constant pressure of leaders Liverpool.
Recent Form :
Everton have failed to register a win this month and have only collected 2 points out of 9. While Tottenham since their defeat to Arsenal in the premiere league have went on to go 5 games unbeaten which included the latest 2-0 demolition of Arsenal at the Emirates stadium.
Head to Head Record :
Tottenham and Everton have clashed for a total of 52 times in which Tottenham have been the superior side and clinched 25 victories to Everton’s 8 while 19 matches ended in a draw.
Everton have not managed to defeat Spurs in the last 11 encounters.

James Mccarhty is set to make his return for Everton after 11 month absence with a broken leg.

Meanwhile Tottenham have a good news with the return of defenders Davinson Sanchez and Juan Foyth. Davinson sanchez missed 9 matches with a hamstring injury. Jan Vertonghen and Wric Dier are expected to return after the new year.

Can Ndombele have a Sissoko-esque turnaround at Tottenham?

Idowu - April 4, 2020
Coming from a French league team Toulouse, On 21 January 2013, Moussa Sissoko signed for an English side Newcastle United on a six-and-a-half-year deal...