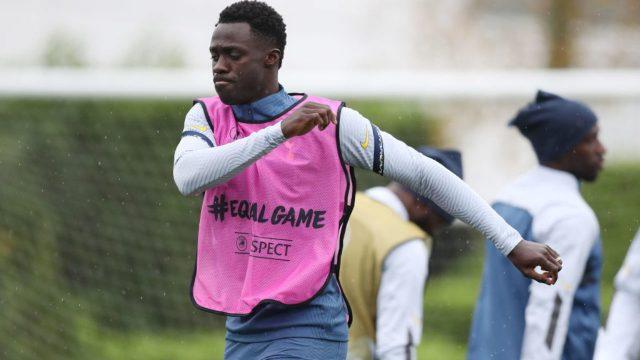 According to reports from Don Balon, Everton midfielder and star James Rodriguez is pushing his club to sign Tottenham Hotspur’s Davison Sanchez.

Davison Sanchez, who plays alongside James Rodriguez for the Colombian national team has had a solid start to the season helping Tottenham to a 5th place in the current Premier League standings.

James joined Everton on a free transfer from Real Madrid and has been in outstanding form, leading them to the top of the league standings.

The reports say that the former Real Madrid and FC Bayern Munich player has already contacted Sanchez over a potential switch to Goodison Park and it is understood that The Toffees are ready to pay his €45m valuation. He has said to have given Sanchez a glowing assessment of both the club and the dressing room atmosphere.

However, any potential bid for Sanchez will potentially be rejected by Daniel Levy as head coach Jose Mourinho considers him to be an important part of the team. The 24 year-old’s contract runs out in 2024 so it gives Tottenham the bargaining power in any potential agreement.