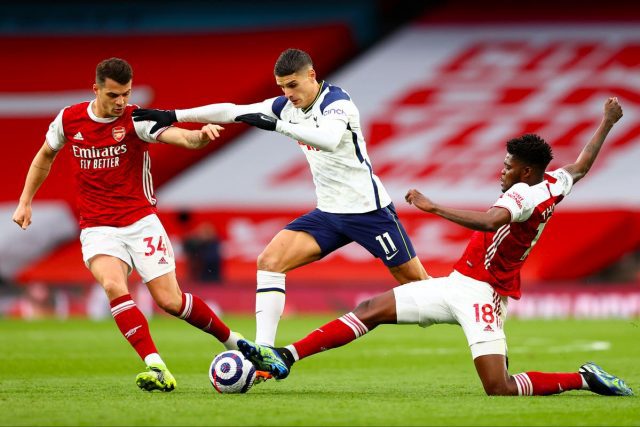 Tottenham Hotspur midfielder Erik Lamela is on the list of potential targets for mid-table Serie A club, Bologna F.C. The club’s director, Walter Sabatini, has made this clear in recent interviews.

Transfer expert, Fabrizio Romano, has recently quoted Sabatini’s stance in one of his tweets. The Director said, “Erik Lamela is a potential target. We’re trying to see if there are chances to sign Lamela from Spurs… and it’s not sure. We’ll see.”

Walter Sabatini, Bologna director [he signed Lamela for Roma from River in 2011]: “Erik Lamela is a potential target. We’re trying to see if there are chances to sign Lamela from Spurs… and it’s not sure. We’ll see”, said to Resto del Carlino.

Lamela is now happy at #THFC.

What’s interesting to note in the present situation is that Lamela previously signed for AS Roma in 2011 when Sabatini was the club’s director. Lamela spent 2 seasons at the Italian club before he landed up at Spurs.

The Argentinian attacking midfielder has one more year on his contract at the North London club, and it wouldn’t be surprising if the club doesn’t offer him a new contract. Although he has been a consistent performer, his age (29) might serve as a hurdle in Lamela securing an extension of his stay at Tottenham, a club he is happy at, as reported by Romano.

Lamela has had a stop-start career at Spurs, securing 84 goal contributions (37 goals and 47 assists) in his 251 appearances for the club. In his 7 seasons, he has missed 133 games owing to injury. As Lamela grows even older, the likeliness of injuries arising is even higher than it was before.

However, if the owners aren’t willing to back Mourinho in the upcoming summer transfer window to sign a proper replacement for Christian Eriksen, a new contract might just be offered to Lamela.

Eriksen, who left for Inter Milan in January 2020, was the main attacking midfielder at Tottenham, and not replacing him has proven costly. Dele Alli has fallen down the pecking order, Gareth Bale is likely to rejoin Real Madrid, Steven Bergwijn hasn’t made the expected impact, and now Lamela could leave.

Spurs’ attacking midfield options are far from a top club’s standard, and their activity in the upcoming transfer window will determine whether they can move forward.