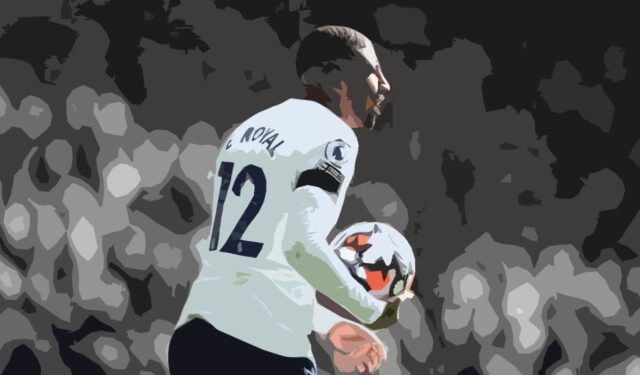 Tottenham Hotspur’s (£25 million) summer addition and right full back Emerson Royal has shed some light in an interview with a local media outlet Globo Esporte, about his early struggle in the country as regards to language barrier, weather, food, culture amid others.

In his statement, the former Barcelona full back explained that “English is a little harder to learn”, Emerson told Globo Esporte.

“Spanish was different, a little more like Portuguese, you could get a bit of a sense of what people wanted to tell you. Not here, if you don’t know, it’s hard to understand, because you have no idea what people are telling you. The first few days were very complicated because I didn’t understand anything at all.”

“Today I can understand a lot, I can communicate, not 100%, far from it, but now I can communicate more with people, I understand more things. Now I’m going to study more too, it’ll be easier. So, I think that language is now a problem, a difficulty, but in a short period of time I’ll work it out fine.”

Apart from the language difficulty, Emerson has also pointed out the issue of the cold weather in England compared to other countries/leagues he had been in the past. The 22-year-old Brazilian’s weather complain will not be a surprise to many league followers who would have lost count on how many South American players have had an adaptation problem in Premier League.

In recent time, South American players like: James Rodriguez, Lucas Torreira, Angel di Maria, Juan Cuadrado, Gonzalo Higuain, and the likes, have all been a victim of England’s cruel weather which had indirectly affected their performances, and made most of them homesick rather than settling seamlessly.

Regarding this, Emerson disclosed that, “the strangest thing in the beginning is the weather. It’s not that cold now, but you can see that it’s much colder here than in other countries I’ve been in. And, the language, the language is a little complicated, I don’t speak English yet. But when you arrive, different language, complicated to get used to.

Emerson continued, “But I will work on that, the language and working to adapt as quickly as possible to the cold. But for the rest, food, at the club, which has players I’ve played with, like Lo Celso, has South American and Brazilian players, so for me it’s more relaxed in this sense of adaptation.”

The 6ft Brazilian International full back has already amassed four Premier League appearances thus far but his performances have been highlighted on the grey end rather than the purple ones, it can be argued that it’s still early for scrutinizing his performances but with the dire need of an immediate improvement in the team’s result, the Sao Paolo born right-back might soon be targeted by the fans and media if he fails to replicate the form that put him on the limelight during his two-and-half stint while playing for the La Liga side Real Betis.