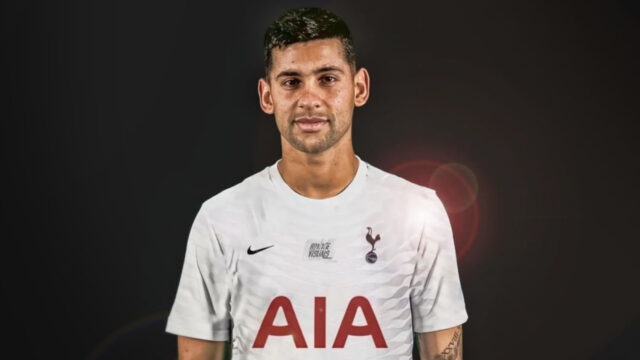 Tottenham Hotspur and Atalanta have been locked in negotiations for weeks for the transfer of Cristian Romero. After the Jules Kounde rejection, it was important for Spurs to rope in a prominent centre-back.

Spurs conceded 45 goals in the Premier League last season. Even their North London rivals Arsenal who had their worst season in 25 years after finishing 8th for the second consecutive season conceded only 39 goals. And rightfully so, Tottenham’s new manager Nuno Espirito Santo made his personal mission with Fabio Patatici to sort out the backline.

After days of rumours that the Cristian Romero deal was off, news of respite has arrived for everyone at the North London club. According to the Italian football Journalist Fabrizio Romano, Atalanta and Tottenham Hotspur have agreed to a deal worth €55 million including add ons for the transfer of Cristian Romero. Argentina international is set to arrive in London for his medical today.

Atalanta even quickly concluded a deal for the replacement of the outgoing Cristian Romero. They have agreed on to a loan deal for Demiral with Juventus. This has been a brilliant piece of business for them. They even did not budge an inch in terms of the asking price for their important player Cristian Romero. And now they are set to seal the business for a massive profit.

Spurs on the other hand will be happy that they wrapped the deal early and did not wait till the end of the transfer window. Now the club has to focus on other areas especially that of the forward area. Since Harry Kane is looking to join the Premier League champions Manchester City, they should start looking for a replacement. Though it is not easy to replace the top scorer of last season, but if Kane forces through his transfer in the coming days, Spurs should be ready with a replacement.