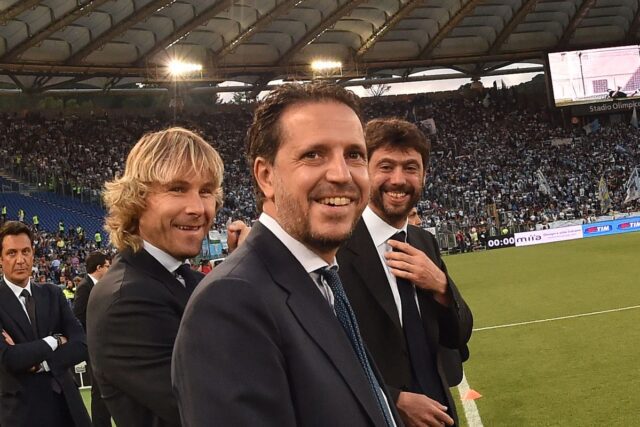 Daniel Levy is about to do something he’s not done in six years, as Spurs express interest in bringing former Juventus general manager Fabio Paratici to N17 this summer. [Tuttosport]

Tottenham have not had a director of football since the departure of Franco Baldini in 2015 and Fabio Paratici could be the man to take charge. This would see Spurs change much behind the scenes, adapting to more of a modern approach we frequently see in Germany and Italy.

As of now, the majority of decisions are made between technical performance director Steve Hitchen and Daniel Levy but there is much between them and what happens on the pitch. This is where Paratici would serve his cause.

Fabio Paratici is considered one of the bright minds behind the scenes in Juventus’ golden era, where they not only kissed nineteen trophies but also brought in big names viz. Cristiano Ronaldo to the Allianz Stadium.

“Fabio has written the history of Juventus in recent years. A journey characterised by professionalism, self-sacrifice and many successes. Nineteen trophies in 11 years are the best testimony of his work, which is fully part of the long tradition of our club. Today is the time to thank him for having been able to create a strong professional bond, accompanied by daily passion.”

Levy’s chances to bring in Paratici increase considerably as his departure from Juventus was officially announced after eleven seasons in Turin-based club.

Antonio Conte helped Juventus to three Scudetto’s and a couple of Supercoppa Italiana’s during their time together, and Conte’s CV has just strengthened since with Premier League and FA Cup with Chelsea along with this season’s Serie A with Inter Milan.

Given the successful duo of Conte & Paratici shared – this could exactly be what Spurs need.

But, it won’t come easy

Antonio Conte is linked with a move to Real Madrid since Zidane stepped back, along with former Spurs gaffer Mauricio Pochettino – who is also in the running for the Madrid job.

Levy will have to present a strong plan to Paratici, followed by a strong show of financial backing to get the duo to help transform Spurs into a club the fans would be proud of.