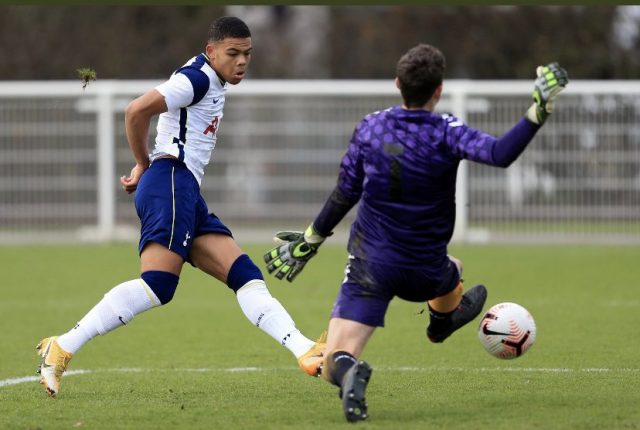 Mentality, one of the attributes that a youngster has to develop over time and the young minds at Tottenham are already building on that as Spurs Under-18s dominant second-half display saw them overcome a 2-0 deficit to a 5-2 win against Norwich City at Hotspur Way on Tuesday.

But among these youngsters is a rough diamond in Dane Scarlett, he already has Spurs’ faithful excited and caught the eye once again with a tidy performance yesterday. His goal was the catalyst to the impressive comeback, notching up a very important goal back on the notch of halftime which was followed by second-half strikes by Marques Muir and Roshaun Mathurin, with Jamie Donley bagging a well-deserved brace – helping Spurs to a deserved victory.

The seventeen-year-old is doing great things for the development teams, having already made the first team bow with a couple of Europa League appearances and appearances off the bench in the Premier League. This shows he is doing the right things behind the scenes at the club to match what fans expect out of him. Scarlett now has twenty-four goals in 25 games for the Under-18s this campaign and it might not be long before we see him involved in the first-team scenes on regular basis.

Spurs’ supporters react to his another impressive display…

scarlett is too good man ⭐️