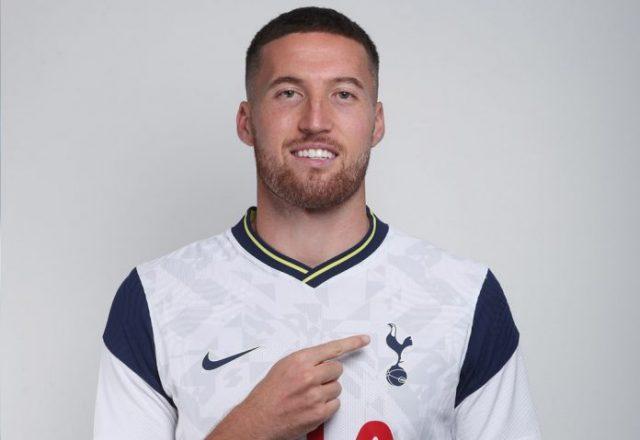 Tottenham announced the signing of Matt Doherty earlier this week after reaching an agreement with Wolverhampton Wanderers.

The defender leaves the Molineux after spending 10 years with the club and will now begin a new journey with the north London outfit in the upcoming season.

Normally playing as a right-back in his early days with Wolves, Doherty was pushed to occupy the right-wing-back role in the last three seasons in Nuno Espirito Santo’s 3-4-3 formation.

In this formation, the Republic of Ireland international has flourished greatly for the club 12 league goals in the last three seasons – one season in the Sky Bet Championship and two seasons in the Premier League.

Having watched Doherty operate with freedom in this position for sometime now, Jose Mourinho has moved swiftly to secure his signature.

But will the Portuguese manager be forced into manipulating his preferred 4-2-3-1 formation to give much freedom to the Spurs’ new signing?

Well we take a look at how his addition could give the manager so many options to function with in the 2020/21 campaign at the Tottenham Hotspur Stadium.

Playing in a typical back four is not new for the 28-year-old. In fact he has played majority of his career as a traditional right-back, where he is given less room to operate forward but is tasked to cater for his defensive duties.

One thing Mourinho would have to sure in this formation would be to provide a very competent right-winger to discharge the offensive duties with Doherty covering his back.

Serge Aurier looked a shabby for the majority of the 2019/20 campaign in the right-back position. The Ivory Coast international was forced to surge forward on many occasions leaving behind spaces for opponents to utilise on the right flank – and the boss would be hoping that is not the case with Doherty.

This formation would give Spurs the needed opportunity to have high flying full-backs – one that is readily available in Doherty and Danny Rose or possibly Ryan Sessegnon.

This formation allows the fullbacks to run the show on the flanks knowing that their forwards are expecting to provide for them – a situation either of Doherty or Rose will thrive in.

In a game where chances are little much created in the middle, the right-backs and left-backs pop up to be the likely source of providing the team with goalscoring opportunities.

Doherty scored seven times and laid on five assists from the right-wing-back role last season, and it speaks so much for him how good he has adapted to his newly found role.

It may no be a priority for Jose Mourinho to adapt a new style, but in order to get the best out of Matt Doherty, the gaffer could be compelled to do the needful.