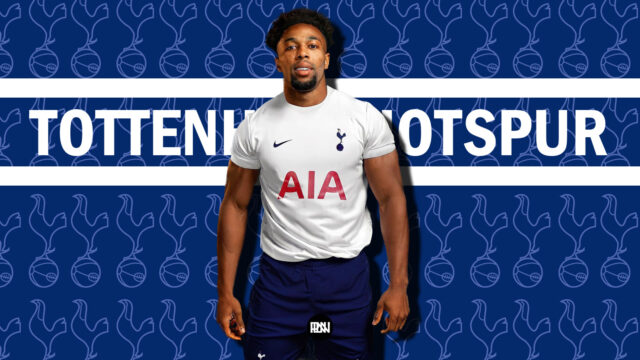 Since the arrival of Antonio Conte, Spurs have looked much more compact and stable in terms of going forward. The balance between the defence and the attack has been on par with the expectations. But, we all know it takes time to bring a team out of their rustiness.

Although, Conte has had a lot to say about Spur’s poor run of form, before his arrival. The Italian has mentioned his concerns regarding the inability of the top players at the club to perform under pressure. The likes of Kane, Moura, Dele Alli, have all run pale. Leaving Son Heung-min as their sole consistent performer. However, Spurs are getting back in the shape. And now that the transfer window is in its closing stages, Conte and Spurs feel the need of bringing in a new face in the squad. Just to freshen up the scheme of things.

The Lilywhites are after a Spanish speedster, who has been wreaking havoc in the Premier League since his arrival.

Who is Adama Traore?

Nowadays, not many talk about Spanish players. And when someone does, then curiosity just take over every other feeling. Likewise, the Premier League has got a few Spanish players to talk about. But the player who has sparked the treat, recently, is really the one from the creams.

During his time in Spain, Adama Traore played in the Barcelona B team. A La Masia product, and was attracting worldwide attention already. After his arrival on the English soil, he spent a short stint at the Villa Park in the 2015/16 season. 20 at the time, Traore started looking for new pastures and found one with Middlesbrough, in the summer of 2016. He starred the show there in his debut season. Winning the Middlesbrough’s Fans’ Player of the Year, Young Player of the Year and Players’ Player of the Year awards.

Although, his years prior to his days here at the Wolverhampton Wanderers, are not much talked off. No one can disregard the fact that Traore has developed into what he is now because of his early playing years.

Considered the breakthrough point in his career, Traore joined Wolves in the 18/19 season. He has not looked back since then. He developed as a beast under Nuno Espirito Santo, former Wolves manager. The Portuguese was able to work with the abilities Traore already possessed, and curated his skills accordingly. In the subsequent seasons, Traore started wreaking havoc in the oppositions’ camp. He has hence been regarded as one of the most feared wingers in the Premier League. It is only fair though! Since there are only a few players in world football right now who can outrun Virgil Van Dijk. And the Spanish “Usain Bolt” is certainly one of them.

How can Spurs benefit from Traore?

No wonder just a couple of months after his return to the Premier League Antonio Conte has been heavily linked with the winger. After the recent rumours took a serious turn. It has returned a mixed reaction from the fans. While it still has not been confirmed, yet many fans and experts alike, are calling it a done deal already.

But, keeping all the “what ifs” and “maybes” aside. If we look into the technical aspect of things, the London club could actually benefit from this deal. Spurs have lacked the presence of a good winger in their squad, lately.

While they have got a decent midfield, and a world-class attacker in Harry Kane. They have highly missed a good winger’s presence from the squad. A prime Lamela is certainly being missed. But everyone should be allowed to move on. Where Son Heung-min has literally filled in almost all the positions for Tottenham Hotspurs, Conte is not the manager who can go on with the fact that his team lacks in the wing plays.

At the rate football is progressing, the modern-day aspect of the games ask you to pace up and be a part of the fast-paced games. A level at which Spurs are languishing behind. Although the likes Bergwijn and Moura do step up from time to time and deliver. But then the problem of consistency arises.

That is where someone like Adama Traore comes in. He has the ability to drive the plays forward, and take into opposition’s halves. With the constant shimmy up and down the flank, Traore generally ends up troubling his countering defender. It is hard to defend someone, who can outrun you, put crosses in for your teammates, and even score bangers themselves.

Can Traore fit into the Spurs’ squad?

Primarily, Conte and Spurs will be eyeing to get a bargain for the Spanish winger. Due to his lack of performances lately, Wolves are not in a place to put a higher bid on the table for their “Beast”. Although it still has not been confirmed, from either of the sides. But, if it is to happen then it will be interesting to watch, how the Wolves side cope with his departure. It is food for thought for another day.

Meanwhile, it looks like Conte is running away with this deal. If the Italian is able to curate the skills Traore already possess and work on them. Then we are looking at an Elite winger. And talking about adaptability, well it should not be a matter of concern. Mainly because of the system Spurs play in currently, someone like Traore can play a big part in it.

Well, time will tell if Traore will ever make it to London or not. And if he does, will he continue writing his success story or will he succumb to the White Hart curse?! We shall see.

MUST READ: Franck Kessie – Does he fit the bill for Antonio Conte?