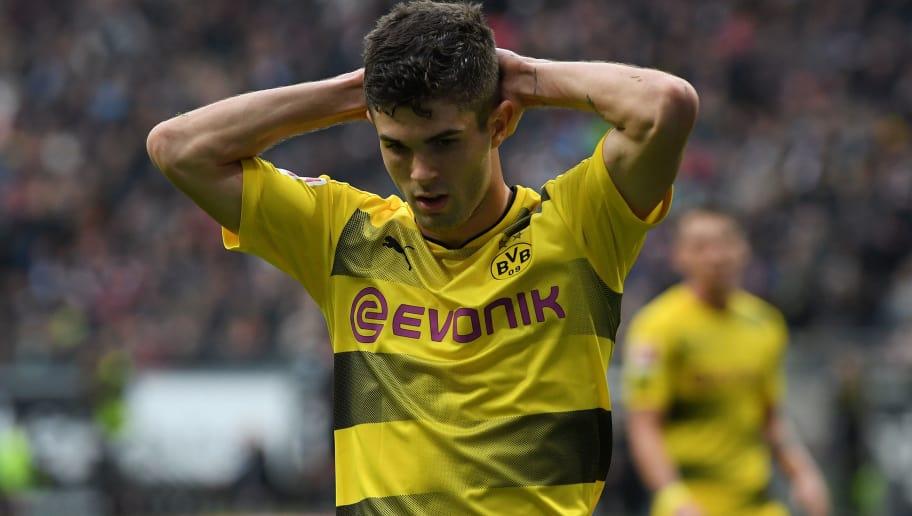 Every transfer window we have rumors about players moving to other clubs and only time shows the authenticity of the rumor. Christian Pulisic since breaking down into the Borussia Dortmund squad and impressing critics with his performances has always been linked to other clubs during every transfer window which is very likely considering the young Amercian’s display in the Dortmund side.

The new rumor that has come out surrounding Pulisic is that Tottenham Hotspur have made a bid of €50m for the young winger. The news was brought out by @HotspurRelated without any original link to the rumor, later it was found that the source was German paper Kicker.

Kicker however has both online and print versions of their story and the rumors care leaked by the outlet themselves and not by a third party aggregator.

Just as the news broke out on Twitter, it was all over various news sites and all of the stories either showed the reference of Kicker without a link. Later on SB Nation partner NBC made a rumor that the bid had been made and their source was The S—n. According to SB Natio the S—n story said that “the bid is for £44m and will likely attract other suitors (duh) but where did they get their story from? Surprise, surprise: Kicker, which still doesn’t have a main link to the story”. All of this hype has made the Daily Mail and Bleacher Report running the story, even though there is no primary link to the story.

Rumors make the team and the players fans happy but whenever there is a rumor its okay to believe that it happens but for every rumor that you hear do not believe it and have a critical reading of every transfer rumor and wait for outlets like the Guardian, BBC, or one of the beat writers for the club to confirm it.