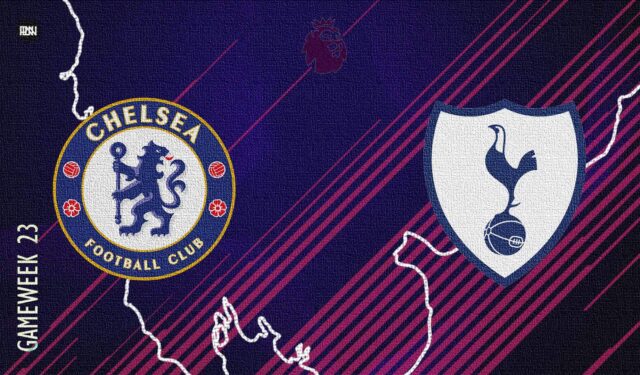 Chelsea just are going down and out! Within a month they have gone from being Premier League competitors to a side who have to now fight for a Top 4 spot. Tuchel and his players just look out of ideas and the replication of all tensions in the board room are visible on the pitch. They now enter a ‘6-pointer’ game against arch-rivals, Tottenham Hotspur who are their toughest competitors for the top 4. Can Thomas Tuchel inspire a 3rd straight win against Antonio Conte after comfortable wins in the 2-legged Carabao Cup fixture?

Chelsea goes into the game with an everlasting injury record with a little hope of improvement. Chilwell and Mendy remain out due to injury and international duty respectively. Christensen will be out being in isolation. Reece James has started individual training and might be back next month. Trevoh Chalobah has also returned in training but will miss this clash.

Heung-min Son and Romero will be the confirmed absentees for the game with a couple of unnamed players picking injuries in the training.

Things are clearly not mesmerizing for the fans of Chelsea as on-pitch performances are deteriorating day in and out. The draw against Brighton being the latest of them all. The team is not just losing points but the on-field display is much more disappointing. Now, Tuchel and his ideas are also being criticized as the German manager without his starting wing-backs is not able to find an answer. Clearly, the mindset of players is not on the pitch and Tuchel admitted it to be a cause of tiredness. Now after having a considerable break, players must reply on the pitch in a match that could be season defining for them in the league. They have got the better of the Spurs squad already twice this month and should go with the same fighting spirit to make it 3 in 3.

Despite of a back-4 success against Spurs, Tuchel should go back to his favoured back 3 with players in their respective positions. Rudiger at left centre back position is a must due to Alonso’s sloppiness and Azpilicueta as a right centre back makes sense to manage his workload. Pulisic could be used as a right wingback to head-to-head against Regulion with Alonso taking on Emerson/Doherty. Front 3 for Chelsea will still be a question but Lukaku could score against Conte to silence all critics.

Memories against Chelsea are something no fan can forget. Always the rivalry will remain a big one against the fans in Blue and this time it could take sweeter if they push Chelsea down in the mud. Spurs look very strong to dethrone Chelsea of the top 3 spot and this game to a certain extent will ensure that. Conte will be back at the Bridge for a League game after long and would love to spread some magic similar to the days when he was on the other side. His side’s display in the Carabao Cup portrayed how far behind they are from the Champions of Europe but nothing can be ruled out in a one-off game in the English Premier League.

The last gamweek was just a roller-coaster for the Spurs’ fans as after trailing 2-1 till the 95th minute they somehow managed to win the game against Leicester City. They will be coming with some high hopes and as a team with some form, unlike their opponents. It will be interesting to see how will Conte lineup for this important fixture.