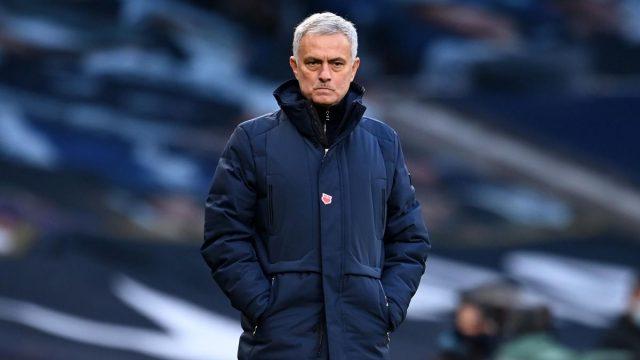 It’s been a tough week for Tottenham Hotspur. After an impressive start to the season which saw them defeat the likes of Arsenal, Manchester City and Manchester United, Mourinho’s men have slipped to fifth place in the league standings.

In the last five Premier League fixtures they managed to win just one match against Arsenal and after last week’s matches which saw them lose against Liverpool and Leicester City questions have been raised whether the Lilywhites could break their 50 year wait for a league title.

Jose Mourinho will be relieved to play against Stoke City in the Carabao Cup which helps to take some attention away from slipping down the Premier League table.

After the 45 minutes against Leicester City, Tottenham did look like the better team but all the hard work went down the drain after Serge Aurier conceded a penalty in the final minute of stoppage time and Jamie Vardy took advantage of the opportunity to give The Foxes the lead going into halftime.

The goal completely changed the game’s complexion and the Portuguese manager was already seen heading down the tunnel when the ball hit the back of the net. The head coach made a positive change at half-time bringing on Gareth Bale for Tanguy Ndombele while Lucas had to be subbed after Le Celso picked an injury in the 48th minute.

But Leicester City continued their assault on the North London club and a controversial Maddison goal was ruled for offside. Toby scored an own goal from a superb cross from Marc Albrighton making the scoreline 2-0.Many Spurs fans have called for Aurier to be dropped for the next game but it would be pretty hard on the Ivorian for he was probably the best player on the pitch for Spurs against Liverpool where he managed to keep Sadio Mane quiet at Anfield.

Tottenham’s biggest worry has been the goal threat when Harry Kane and Heung Min Son are marked for the entire game. 20 of the 25 goals scored by Tottenham have come through these phenomenal players while no other Spurs player has managed to score more than two goals this season.

Tottenham fans should be optimistic with the next fixtures coming up against Wolves, Fulham, Leeds, Sheffield and Villa. Apart from Villa, Spurs could win all the four games putting them back in the driver seat for a Premier League and after the fixture against Villa, they get the chance to get revenge from Liverpool at the New Tottenham Hotspur Stadium.

Jose Mourinho will need to rest his players properly as the fixture list in the festive season is well known for teams to drop points and Spurs have the EFL Cup, Europa League and the FA Cup fixtures to look forward to as well. If they can get through these matches without losing points, then there is a chance Tottenham could catch up to the league leaders Liverpool, who are currently six points ahead.