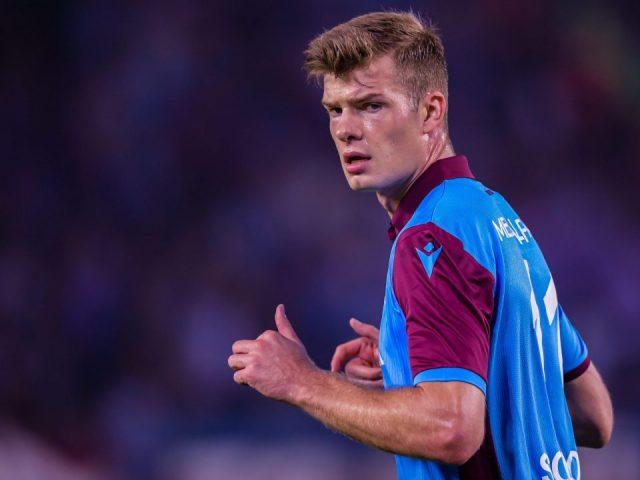 It is not a secret that Tottenham are in the market looking for a striker who could compete with Harry Kane up top. In the pre-match conference, Jose Mourinho expressed how much keen he is to get a player who can bag goals with Kane.

Spurs are linked with a number of strikers and Crystal Palace’s target man Alexander Sorloth looks to be one of them.

Alexander Sorloth is a Norwegian striker who is on loan, at Süper Lig club Trabzonspor, from Crystal Palace.

After not so impressive spell at Palace, Sorloth moved to Turkey for new competition, signing a 2 year loan deal with Trabzonspor with obligations to buy in August 2019. Currently Alexander is a Crystal player but will join Trabzonspor if he ends up playing 50% or more games this season for the Turkish side as per the clause. In the season 2019-20 Alexander ended the league with 24 goals and 8 assists making him a hot prospect this year. This has attracted many clubs including RB Leipzig, who have made an offer of £16 million + £3 million add ons for the Norwegian.

After a disappointing start to the campaign against Everton in the league opener, Jose would like to get a deal done as early as possible. Spurs will not go for more than £20 million to sign their backup striker. They are also looking on other options including Dany Ings of Southampton, Real Sociedad’s William Jose, and Napoli striker Milik who has been on their radar since January.