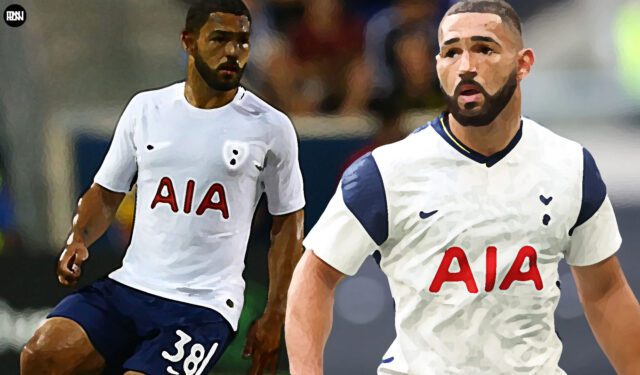 Cameron Carter-Vickers who returned from a loan spell at AFC Bournemouth in Championship last season is said to be inching closer towards the exit from his parent club Tottenham Hotspur.

The 23-year-old centre-back has never really got his place into the squad of his parent club and he has been loaned out many times in the past. Sheffield United, Ipswich Town, Swansea City, Stoke City, Luton town were some of his loan destinations in the past years. This shows that Spurs do not really view Cameron Carter as a prospect at the club.

Cameron Carter featured 23 times for Bournemouth in the Championship last season and has so far made 8 appearances for his national team.

He has attracted interest from Newcastle United, Celtic, and AFC Bournemouth. But with Cameron entering his last year on contract, Spurs are looking for him to move permanently rather than arranging another loan which would see him leave free next summer after running down his contract.

Newcastle United have not been handed out a big purse this summer by their boss Mike Ashley which would see them spend first at their priority areas and then other interested areas. Right now, the Magpies are looking at Arsenal’s Joe Willock as a priority and it seems most likely that Newcastle United wouldn’t be able to pay for Cameron Carter. Even though they have a plethora of CB options at the club, Steve Bruce wants a new addition in that area but they’ll ask for a loan move first and not a permanent move courtesy of their owner.

Recent reports suggest that as of now only AFC Bournemouth and Celtic are seriously looking to secure a permanent deal for Cameron. Celtic want to move quickly and it is said that Cameron is interested in the move. Spurs value the Center Back around £5 Million. While the talks between the clubs are on, a deal might be reached in a matter of days.