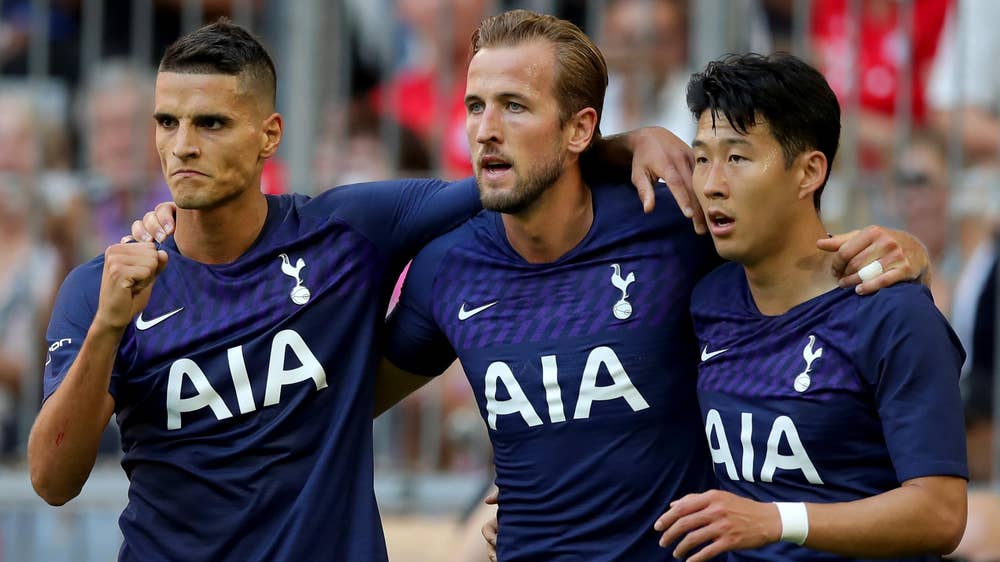 Bayern Munich will take on Tottenham Hotspur in Audi Cup final at the Allianz Arena this evening after both teams won their semi-final fixtures on Tuesday.

Audi Cup is an annual pre-season tournament hosted by Bayern Munich at the Allianz Arena.

A deserved 1-0 win for Tottenham over Real Madrid in the Audi Cup semi-finals, saw Spurs reach the final thanks to Harry Kane’s first-half effort. Bundesliga champions booked their place in the game putting six past Fenerbahce later on Tuesday.

With such a short space between matches, both team manager will almost certainly rotate their starting lineup.

For Spurs, Serge Aurier, Victor Wanyama, Eric Dier and Ben Davies are among the notable absentees. Despite playing for 66 minutes, Harry Kane and former Bundesliga player Heung-min Son should play some part in finals. We can also expect Dele Alli and Lucas Moura pushing for a start.

Hugo Lloris is expected to begin after recovering from illness.

As for Bayern Munich, Lucas Hernandez remains sidelined, as he continues his recovery from knee surgery. While Thomas Muller – hat-trick hero should replace Serge Gnabry, who lasted only 20 minutes against Fenerbahce which saw him leave the field with the thigh strain.

Joshua Kimmich and Leon Goretzka are unlikely to feature in the tunnel after playing for the full 90 minutes on Tuesday, so it stands to reason that they might drop to the bench.