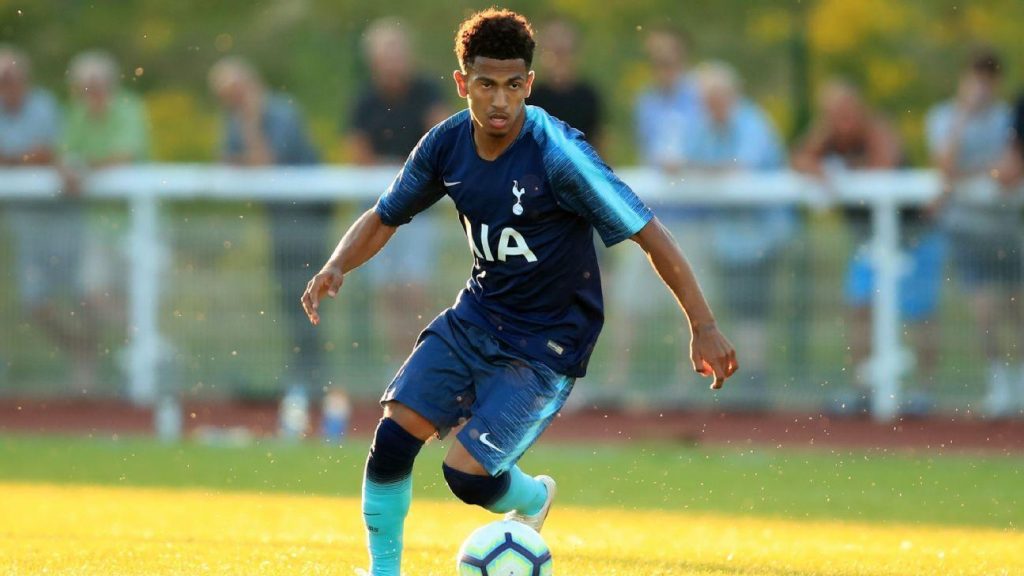 Tottenham Hotspurs young players have generated interests from several clubs this summer. This time it is Marus Edwards who is under the radar of German outfit Bayer Leverkusen.

The Sun Sports reportedly claims that Bayer have assured the youngster of a place in the first team and promised regular playtime. The Die Werkself are really impressed by his talent and hence don’t want to leave any stone upturned in order to bring the young starlet at the Bay Arena.

Marcus Edwards made his first senior appearance for Tottenham at the age of 17 when he faced Gillingham in an EFL Cup match. He was then hailed by the manager Mauricio Pochettino who compared him with a young Lionel Messi.  He was crucial in England’s European U-19 Championship victory. His performances in the Euro U-19 led to attractions from several European clubs.

Edwards is under contract with the Lilywhites until 2020 and it is unlikely that they will let him go, though a loan move would be an exception.

Bent urges Tottenham to do everything possible to sign Kai Havertz

Its all do or die for Marcus Edwards now