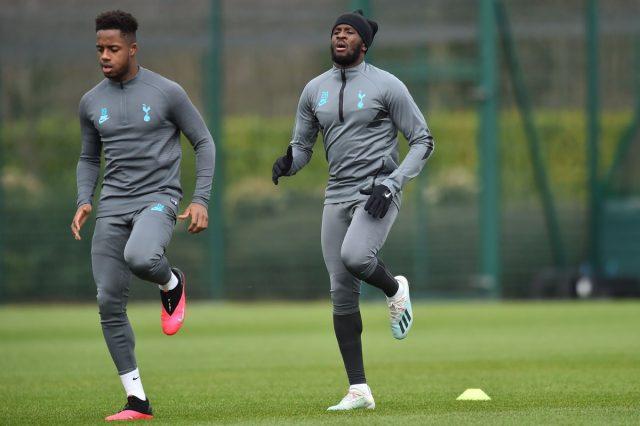 Barcelona are reportedly considering moves for Tottenham duo Tanguy Ndombele and Ryan Sessegnon ahead of the summer transfer window.

Both Ndombele and Sessegnon have struggled for first team football since arriving at the Tottenham Hotspur Stadium last summer, which has fueled speculations over a move away from the north London.

Barcelona are likely to miss out on the Spanish La Liga title for the first time in three years to Real Madrid this season, and are already looking ahead to the 2020/21 campaign.

Ndombele’s time with Tottenham has been marred with injuries and a poor run of form leading to open criticism from manager Jose Mourinho.

He is also said to be willing to quit the club, as he intends not to “play for Mourinho again”, with Daniel Levy reported to get involved to get the situation under control. He has been restricted to just 12 Premier League starts in the 2019/20 season, making a further nine substitute appearances. Tanguy also has two goals and two assists to his name.

Sessegnon, on the other hand, has started just four league games, and two off the bench. There have been reports the 20-year-old could be shipped on loan next season.

His goal against Bayern Munich in the group stage of the Champions League has been the only time he has found the back of the net for Mourinho’s side.

However, according to reports from the Star, Quique Setien’s team are willing to swoop for both players to boost their chances of overcoming this season’s hurdles.

Tottenham are likely to listen to offers for Ndombele who is keen to leave the club after just one season, while Sessegnon is being regarded as one who could have a bright future at N17.