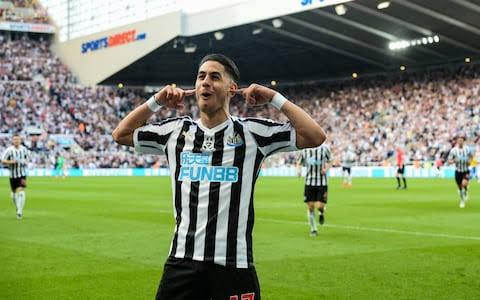 Tottenham Hotspur are reportedly very close to making their first signing of the season as the club nears agreement for  Newcastle United Forward Ayoze Perez.

Spurs last signed a player back in January 2018 when Lucas Moura arrived at the club from PSG. Spurs have struggled with injuries to key players and looked desperate to bring new players to strengthen their attack.

Ayoze has scored 13 goals and provided 2 assists in 40 appearances for Newcastle including a brilliant hat-trick against Southampton last season.

The CalcioNapoli24 claim that “Tottenham are now just ‘one step away’ from securing the signing of Ayoze Perez from Newcastle United.”

The reports also claim that the deal is said to around 28 million Euros. Ayoze will be a replacement for the injury-prone Erik Lamela and also serve as a backup for Striker Harry Kane.

Spurs winger Lamela is a great player but has spent most of the season on the sidelines with his injuries and Manager Pochettino is no longer confident that the player can be a reliable option in the team.

Perez would be a great signing for Spurs but we still need to sign a player like Ndombele or James Maddison to fill in the void left by Mousa Dembele and also Eriksen respectively, if he decides to leave this summer.