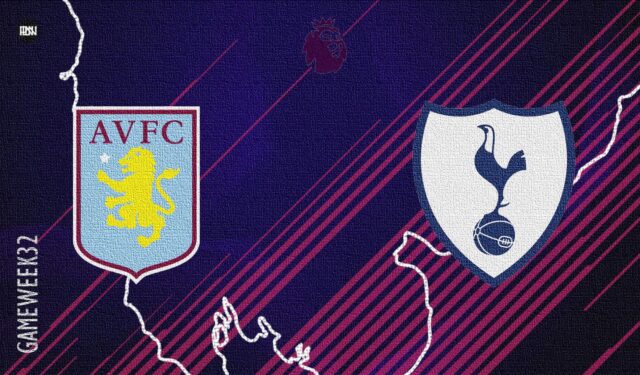 Could Spurs make it four on the bounce? Could Steven Gerrard stop this mini-slump at Aston Villa? Only time will tell us the answers to those questions as Aston Villa welcome Tottenham Hotspur for a clash at Villa Park.

Marvelous Nakamba continues his time at the treatment table while Kortney Hause and Lucas Digne could make the final squad for this weekend. Danny Ings who missed the previous match due to the birth of his child will also return for this fixture while Douglas Luiz is also expected to return in the middle of the park, potentially replacing Morgan Sanson

The Lilywhites will miss the services of young centre-half Japhet Tanganga who is out for the season following knee surgery while Ryan Sessegnon and Oliver Skipp are out due to thigh and groin problems respectively.

Sergio Reguilon now has completed his healing process caused by a knee injury but might sit this one out due to a good performance by Spurs summer signing Emerson Royal in the last game against Newcastle United.

Aston Villa’s home record has been pretty bad this season collecting 18 points from 14 games. Steven Gerrard’s team has been pretty up and down this campaign and have failed to produce on a consistent basis. But the manager has reassured the fans of The Claret & Blues’ saying, “I’ve got to fix it and I will fix it. The players in the building have to help me fix it now; if not, we will get players in who will help me fix it.” Opposition teams have figured they have to play against Gerrard’s Christmas Tree 4-3-2-1 formation. With Rangers, it was easy to play with this tactical system but at Villa, the former Liverpool captain has to understand that his side can’t be the possession heavy and dominant team like his team were in Scotland. They have to welcome the idea of playing more on the counter, a lower starting block and seeing less of the ball.

On the other hand, Tottenham Hotspur have gone from mid-table mediocrity to one that sits in the 4th spot and is eligible for Champions League next season. They have become a much more stable side offensively and defensively under Antonio Conte. Talisman and English captain Harry Kane who was rumoured to join Manchester City, after a difficult start is now looking back to his best. The game against Man City at Etihad Stadium is a prime example of a tactical improvement under Conte. They need to keep winning as North London rivals Arsenal sit on the same points total as them but they have a game in hand. Possibly both of these clubs’ feats will be decided when they meet on the 13th of May at Tottenham Hotspur to decide who plays in Europe’s most prestigious competition.

PLAYER TO WATCH OUT FOR

While plenty of praise has been awarded to Phillipe Coutinho, Villa have another rising star on their hands in the name of Jacob Ramsey. A brilliant footballing mind when it comes to understanding when to push up closer to the centre forward or when to play between the lines, this kind of maturity has put Ramsey in positions where he can set up or score goals. Stats tell us the same picture, currently the 20-year-old ranks in the 97th percentile for non-penalty goals on just nearly just 2 shots per match. He alongside the Brazilian magician are the side’s primary ball carrier with 6 carries per game. Gareth Southgate has possibly made an error when he did not select the youngster to play in the international friendlies but sooner rather than later Ramsey is bound to put on that famous England shirt.

Arguably Spurs’ and Premier League’s best winter signing this season, Kulusevski has gone from bench option for Max Allegri to one of the stars for Tottenham Hotspur. A hard worker on and off the ball, the Swede has now given the Lilywhites a threat other than Son and Kane. In just 750 Premier League minutes, Dejan has contributed to 2 goals and 5 assists. Also defensively he helps the team by starting the press, making 25 pressures per 90 which rank in the 99th percentile of players playing in the big five leagues and to add to that around 3 tackles & interceptions per match. On an 18 month loan, he has an option for purchase, which would become an obligation under certain conditions for an additional fee of €35 million which no doubt now looks like a bargain!