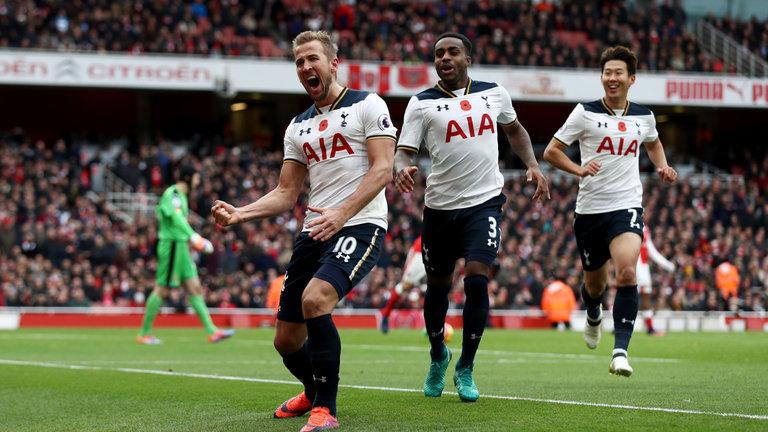 Another North London derby is underway, this time in the Carabao Cup (Football League Cup) as Tottenham and Arsenal meet in the quarterfinals.

Two weeks ago, the gunners had crushed Tottenham with a 4-2 victory in a Premier League clash. And now its time for the Lilywhites to take revenge from their fierce rivals for the defeat.

Both the teams are hungry for trophies and thus this match is really important to both of them.

The two sides are set to face off each other on Thursday at Arsenal’s home ground Emirates Stadium.

Lets have a look at the team news:

The Gunners would reportedly be missing Hector Bellerin (calf injury) along with Rob Holding. A return for Shkodran Mustafi and Sead Kolasinac is also under doubt. However, much to their relief, Alexander Lacazette has come back with the team.

On the other hand, the Lilywhites will see their No. 1 Hugo Lloris rested as Paulo Gazzaniga will be given an opportunity to impress. Jan Vertonghen (thigh), Eric Dier (appendix) and Serge Aurier (groin) are already sidelined for the clash. Hopefully, Juan Foyth and Davinson Sanchez will possibly return. Oliver Skipp and Kyle Walkers-Peters could be expected to start.

Mauricio Pochettino: “It is an important game but it will be a different game to a few weeks ago.

“All the teams are going to do many rotations [but] maybe I’ll surprise you and not rotate too much.”We were talking with players and it would be fantastic. Win a cup like this [and] the people will give us the value of what we are doing.

It’s true that is about perception and it means a lot one trophy. We are going to try and win at Arsenal. In every single season, we try.

“In the first season, we played in the final against Chelsea but lose. We also played the semi-final against Manchester United. Always we lose the possibility with a big side.

“We try and only we need some luck. We are going to try again this season to win something.”

Pochettino reported on team news as he stated, “Juan Foyth is going to be in the squad. Davinson is so close. That is good news. We have a very busy fixture schedule ahead and the most important thing is the spirit and how we will approach the games.” Paulo Gazzaniga is going to play. Hugo needs to breathe a little and after playing against Watford and West Ham, I think Paulo deserves to play.”

Unai Emery: “Our first idea is that we play with the best players that we can use in this derby.

“The opposition is very big and it’s demanding a big performance from us tomorrow.

“We can use some young players because we think with a big performance, they can help us win.

He recalled Sunday’s defeat against Southampton and added, “Sunday for us is a big reality check in our way. We need to improve and also we need to continue doing our way in our process.

“It’s not a good result but this really gives us more motivation to continue to work hard, finding a new thing to work on each day, and also it makes us demand a lot from ourselves in the way we work on this way.”

“We need to improve by not conceding as many chances to the opposition,” he said.

“A clean sheet is very important in each match. Tomorrow is the next.

“A scoring moment is very important and we are second for that in the Premier League. But we need to do better in our balance defensively, and our hard work now is this.”