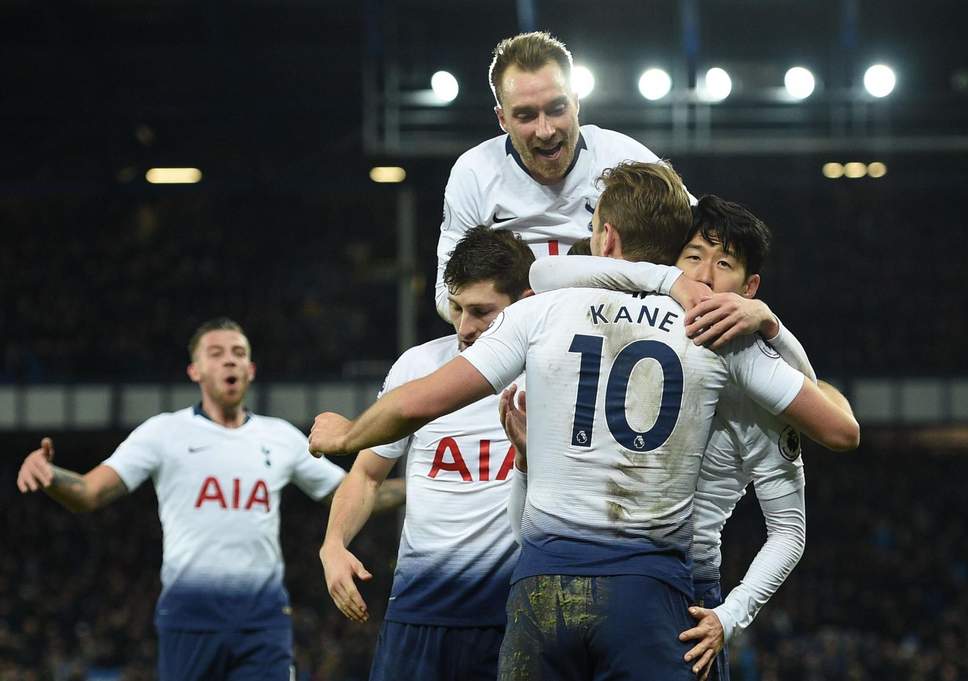 Spurs recent form has left critics talking about them. While holding Champions winning run came to an end against Chelsea last month and they have also handled a shock defeat at home to Crystal Palace and Jurgen Klopp’s side boast a four-point lead at the top of the table having won 15 of their 18 games this season. Alan Shearer believes Tottenham will fight for the title and are very capable of winning it too.

Tottenham closed the gap with 2nd placed City to just 2 points after defeating Everton 6-2 at the Goodison park.

Talking to the Sun Shearer said, ‘There are still plenty of twists and turns to come yet in the title race, despite Liverpool taking a four-point lead into Christmas,’ Shearer told The Sun.

‘Jurgen Klopp’s side is in a great position – but I’m sure they will drop some points between now and the end of the season. ‘It’s very rare to play perfect football and get perfect results every game. Arsenal going unbeaten in 2003-04 was a freak and with 20 games to go there is still much to play for.

‘Manchester City had a blip against Palace and will need to ensure there aren’t anymore this season. But they are a great side, are not going anywhere and will chase Liverpool all the way.’ Pochettino reacts to Tottenham’s 6-2 win over Everton. Shearer added: ‘And after yesterday’s thrashing of Everton, Tottenham will be believing that they are very much in it.

‘Just two points behind City now, they are playing with the swagger of a side who believe they can go the whole way this time. ‘They’ve only played seven home games this term and will really fancy their chances of being in the mix.

Spurs next face Bournemouth and will look to carry on their winning momentum meanwhile City and Liverpool take on Leicester City and Newcastle United respectively.