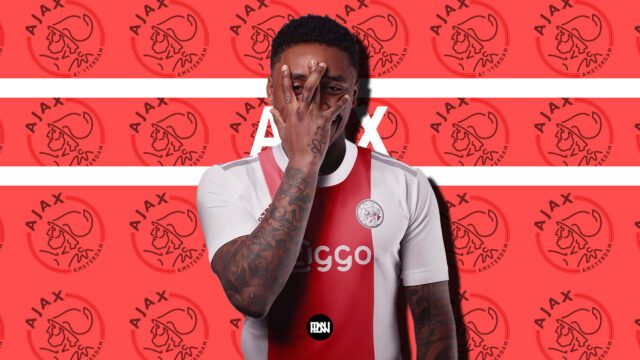 Tottenham Hotspur winger Steven Bergwijn is reportedly on the move and is close to joining Dutch giants Ajax who were interested in signing the Dutch winger in January. Antonio Conte wanted Bergwijn to stay at the club until the end of the season to provide attacking depth.

With Dejan Kulusevski signing a permanent deal at the club, Bergwijn seems to have fallen down the pecking order at Spurs with Son, Lucas Moura, Kulusevski and Kane preferred by Conte. The 24-year-old has set his sight on a move back to the Eredivisie, this time to his former club PSV Eindhoven’s most prominent rivals Ajax.

Mike Verweij, a reliable Dutch source, has reported that the two clubs have agreed on a fee in the region of £20 million and Ajax wants to postpone signing the paper works until July 1st. The books of accounts of all European clubs close on July 1st which is why Ajax want to sell and buy the player in two different accounting periods so that they can write better figures.

Verweij speaking to De Telegraaf said, “That deal may take some time, and it has to do with several factors. “Daniel Levy is a very difficult negotiator, but also, accounting-wise, it seems interesting for Ajax to sign him after July 1st. So sell before and buy after July 1st, so you’re in two different financial years; Ajax can therefore write better figures. I think the fans will have to be patient for a while before Bergwijn arrives, but I am almost certain that he will come. Clearly, he’s the absolute best (for Ajax manager Schreuder). Ajax is going to break the record price, which was the €25m purchase of Haller.”

Antonio Conte and Fabio Paratici are two men on a mission as they look to rebuild their squad ahead of the next season. With the signings of Fraser Forster, Ivan Perisic and Yves Bissouma already completed, the North London side are looking to generate income to add to their transfer budget by selling fringe players. With Bergwijn sold, Conte would get a £20 million boost in his transfer budget as he looks to reportedly bring in at least six players this summer and strengthen his side.

This deal is a win-win for both the clubs and the player with all parties involved in the deal. Steven Bergwijn would get adequate playtime in the Eredivisie and with the World Cup just around the corner, this move could be crucial for him if he is to be named on Louis Van Gaal’s 26-man shortlist for the tournament.

Ajax, meanwhile, could get their Haller replacement who is set to join Borussia Dortmund and Tottenham Hotspur will receive their cash and re-invest it on other positions in the squad.