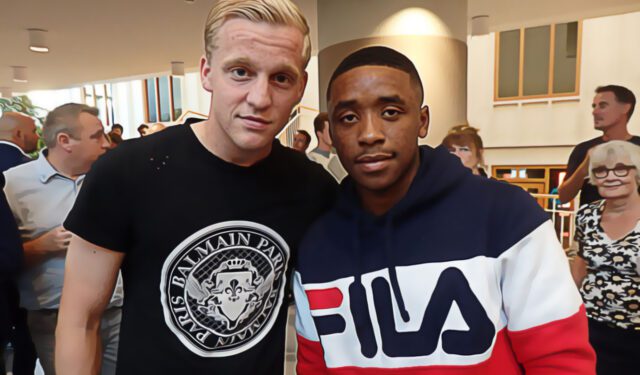 According to a recently published report, the Dutch giants Ajax are interested in signing Steven Bergwijn from Spurs.

The Dutch International joined Spurs for £27 million from PSV Eindhoven in the January month of 2020. He was impressive in his first season at Spurs. The 23-year-old scored against Manchester City in his debut match. But barring only a few performances, Steven Bergwijn has looked far from impressive in overall terms.

Steven Bergwijn made 21 appearances in the Premier League last season and scored only 1 goal while he provided 3 assists. In the Europa League, he played 11 matches but could not even find the back of the net even once. Bergwijn had a really poor season last season.

He was determined to be a part of the Netherlands squad for the Euro 2020 tournament. But he was not selected. The player is set to be determined to play for his national team due to which he would require game at his club for him to develop. It is not quite sure if he would get the game time at Spurs under the new boss Nuno Espirito Santo. The former Wolves boss is closely looking at his players in the pre-season training and fixtures. He is keen to sell many players.

While Ajax are interested to bring him in this summer. The Dutch club made Bergwijn one of their key targets during the start of the summer transfer window itself. The only thing that stopped Ajax was cash. Like many other clubs, even Ajax has massively suffered financially due to the match ticket loss and economic fatigue due to the ongoing coronavirus pandemic.

Ajax are in advanced talks with the Ligue 1 club Rennes to offload Edson Alvarez. The deal is set to be completed in this week itself after which Ajax can have cash at their disposal to move for Steven Bergwijn. Spurs are demanding around £21 million for the Dutch International and if everything goes smoothly then Bergwijn will soon be an Ajax player.

The fee generated from the sale of Steven Bergwijn would in turn help Spurs in their pursuit of Cristian Romero and other targets.