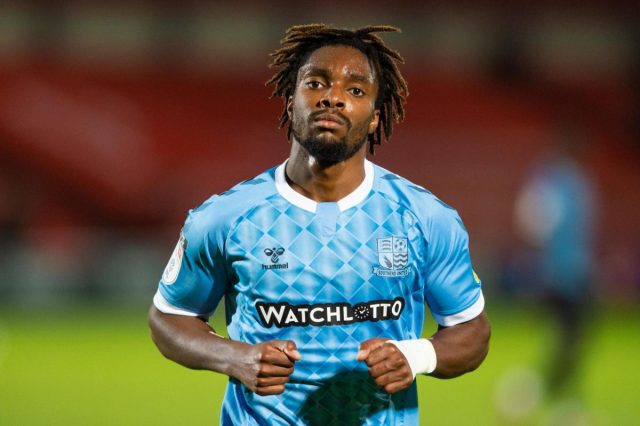 Tottenham Hotspur are reportedly looking into the possibilities to let forward Kazaiah Sterling go at the end of this season.

Signed in 2015, Sterling has not been able to break into the first team after making his competitive senior debut for the club, coming on as an 88th-minute substitute for Dele Alli in Spurs’ final Champions League group game against APOEL Nicosia, a 3–0 win at Wembley Stadium. Sterling is now in his fifth loan spell joining Scottish side Greenock Morton on loan until the end of the season.

He has failed to make any substantial impact during his loan tenures at Sunderland, Doncaster Rovers and Leyton Orient. Sterling made his debut for Morton coming as a sub during the second half of a 1-0 defeat to Raith Rovers.

Football Insider has reported that the club are not willing to offer the 22-year-old a new contract and instead he will be released at the end of the season after it has been clear that he will not break into the first team.

One for the Future: Kazaiah Sterling